The Competition Jury will be comprised of nationally and internationally recognized performers and teachers. Any member of the jury who is related to a competitor, or has had (institutionally or privately) any sort of teaching contact with a competitor, with or without reimbursement for the tuition provided, and regardless of the number of lessons given, cannot score, mark, or rank that particular competitor. The Jury reserves the right to stop a performance if the competitor exceeds the prescribed duration.

Each competitor will be allowed to communicate with the members of the Jury once the Competition has reached its conclusion. The Jury’s decisions are final and are not subject to appeal. 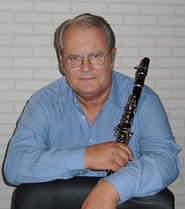 BELA KOVACS (Hungary) was born in 1937 in Tatabánya.  At the age of nine, he started playing piano at the local music school where he later switched to clarinet. He graduated from the Franz Liszt Academy of Music inBudapest, and began his professional career as a solo-clarinetist in the Hungarian State Opera House and the Budapest Philharmonic Orchestra. In 1975, he was invited to join the faculty at the Franz Liszt Academy of Music inBudapest (Hungary), as a Professor of Clarinet. Fourteen years later, he began serving as Clarinet Professor at theUniversity ofMusic inGraz (Austria), where he was awarded the title of Professor Emeritus. In 2004, he also served as a visiting Professor of Clarinet at the Conservatorio di Musica inUdine (Italy).  In his career as professional musician and music instructor, Bela Kovacs has travelled to and performed in numerous countries, cities, concert halls and studios throughout the world. While on concert tours as a soloist, as a member of different chamber ensembles, and through participation in musical juries, he has had the opportunity to work with some of the most outstanding musical artists inHungary and abroad.  He is the recipient of numerous awards, including the Liszt Franz Prize (1964), the Merited Artist Award (1972), the Outstanding Artist Award (1978), the Kossuth Prize (1988), and the Bartók-Pásztory Prize (2002). 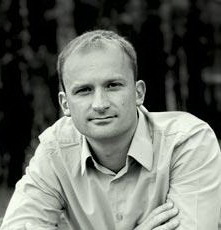 DAVOR REBA (Croatia) is a distinguished Croatian clarinetist and teacher. He studied with Professor Giovanni Cavallin and earned his Bachelor’s and Master of Music Degree in the class of Professor Josip Tonžetić at the Zagreb Academy of Music. Reba continued his studies with  Professor Walter Boeykens inAntwerp and through participation in various seminars. He earned the First Award at the last competition of clarinet students in the formerYugoslavia.  Reba has given many solo recitals inCroatia and abroad (Slovenia andBelgium) with such acclaimed pianists as Ljubomir Gašparević, Darko Domitrović, Veljko Glodić, Marina Pletikosa, Martina Cukrov, Vlasta Gyura, Lana Bradić, Anne Marie Wuyts and many others.  He has performed as a soloist with the Zagreb Philharmonic Orchestra, the Croatian Chamber Orchestra and the Zadar Chamber Orchestra. He has also performed with many chamber ensembles (Cantus, the Zagreb String Quartet, the Porin Quartet, the Arundo Donex Clarinet Quartet, the Crowind Wind Quintet, the Varaždin Chamber Orchestra and the Croatian Chamber Orchestra).  Reba is a co-founder of the Wind Octet ZF and the Septet Ad libitum ZF, with which he has regularly performed. Since 1997 he has been a full member of the Zagreb Philharmonic Orchestra and since 2001 has served as its solo clarinetist. With the Zagreb Philharmonic Orchestra, he has toured Europe,Japan andMexico, and has cooperated with many world-famous conductors and soloists. Reba representedCroatia as a member of the World Philharmonic Orchestra inParis in 2006.  He is employed as an assistant professor at theAcademy ofMusic inZagreb. He has held regular summer seminars in Medulin (Istria,Croatia) and Pučišća (Brač Island,Croatia).  Reba is one of the founders of the Croatian Clarinet Society. 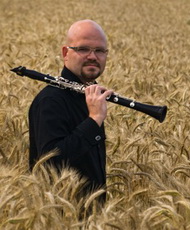 TADEJ KENIG (Slovenia), a solo clarinetist at the SNG Opera and Ballet Ljubljana and docent at the Academy of Music in Ljubljana, is one of the most successful musicians today. He graduated in the class of Professor Slavko Goričar at the Academy of Music in Ljubljana, and finished postgraduate studies with highest grades at at the Hochschule für Musik der Stadt Basel in class of François Benda. He was absolute winner at the international competition “Marco Fiorindo” in Turin, Italy in category “selezione clarinetto solista.”

His concert activity includes concerts in Slovenia, but also concerts abroad ( Austria, Italy, Germany, Switzerland, France, Great Britain, Croatia, Serbia, India, Brazil…) where he performed as a soloist and chamber musician, but also with orchestras: the Slovenian Philharmonic Orchestra, Symphony Orchestra Basel, the Bratislava Chamber Orchestra, the SNG Opera, Ballet Ljubljana and Cantus Ensemble. He has worked under the baton of such conductors as Marko Letonja , Stefan Sanderling, Othmar Maga, Achim, Loris Voltolini, Berislav Šipuš… He is a member of woodwind quintet ARTvento.

NIKOLA SRDIĆ (Serbia) graduated from the Faculty of Music Arts, Belgrade (1975) in the studio of Professor Bruno Brun. Two years later he earned his masters degree at the same institution. As a French government scholarship holder, he continued his studies in Paris under the tutelage of the eminent professor Ulysse Dellecluse.

He has won numerous first prizes at competitions in the former Yugoslavia, as well as the Bavarian Radio and Television Special Award (1973), and advanced to the final round of the Munich ARD International Music Competition (1973). 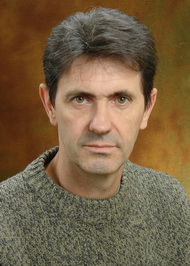 ĐURO PETE (Serbia) completed elementary and high schools of music in Osijek (Croatia) in the studio of Vjekoslav Burić.  He embarked on his undergaduate studies at the Academy of Arts in Novi Sad (Serbia) in 1980 in the studio of Mihajlo Kelbli, graduating in 1984.  In 2006 he began his masters studies at the same institution under Nikola Srdić, completing them successfully in 2009. He has taken part in master classes led by M. Arignon (Paris, France), J. Kotar and M. Bekavac (Slovenia), and Z. Szatmari (Budapest, Hungary).  As a student he won a number of prizes at clarinet competitions including the Second Prize at the Young Performing Artists of Yugoslavia Competition (Zagreb, Croatia, 1983), First Prize at the Voyvodina Province Students Competition (Novi Sad, Serbia 1981), First Prize at the State Competition of the (former) Yugoslavia (Sarajevo, Bosnia and Herzegovina, 1981), and First Prize at the Youth Festival (Knjaževac, Serbia).  He has  given numerous solo recitals and has performed as a soloist with the Pecs Youth Philharmonic Orchestra (Hungary), Voyvodina Youth Philharmonic Orchestra and Academy of Arts Chamber Orchestra.  He was engaged as a clarinetist at the Orchestra of the Croatian National Theater in Osijek.  He has made recordings for radio and television stations in Novi Sad (Serbia) and Zagreb (Croatia).

He began his career as a pedagogue at Music School Josip Slavenski in Novi Sad, and since 1987 has been employed full time at Isidor Bajić Music School.  His students have won several dozen first prizes at national and international competitions and festivals, including first prizes and laureate titles at almost all the clarinet competitions in Serbia.  In 2008, Pete’s student Radovan Turović won the Third Prize at the First International Anton Eberst Competition and in 2010 Pete’s student Bogdan Bikicki won the First Prize at the same competition.  He regularly takes part in master classes led by Nikola Srdić as an assistant professor.  He has served as an adjudicator and the president of the jury at the State Competition of Serbia, Competition for Woodwind Instruments in Požarevac (Serbia), “Davorin Jenko” in Belgrade (Serbia) and May Woodwind Meeting Point in Lazarevac (Serbia).  He has organized a number of young clarinet players’ concerts throughout Voyvodina (in Subotica, Zrenjanin, Bačka Palanka, Kula, Sombor and Novi Sad) with the aim of promotion and popularization of clarinet and classical music.  He was awarded an Annual Prize by the Union of the Music and Ballet Schools of Serbia in 2010 for his pedagogical achievements.  He maintains professional relationships with colleagues throughout Europe and the USA. 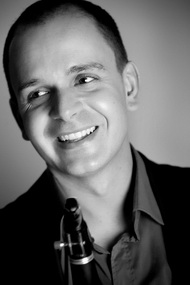 He has performed at many of the world’s most important concert halls and international festivals (Vienna, Lucern, London, Salzburg, Brussels, Amsterdam, Rome, Berlin, Hannover, Cologne, Leeds, Miami, Madrid, Zurich, Paris, etc) with orchestras such as the London Symphony Orchestra, the Chamber Orchestra of Europe, the City of Birmingham Symphony Orchestra, Halle Orchestra, Orquesta de Cadaques, Bergen Philharmonic Orchestra, Munich Kammerorkester, Orquesta Sinfonica de Galicia, and has worked with prestigious conductors such as Abbado, Haitink, Colin Davis, Mackerras, Marriner, Berglund, Lopez Cobos, Elder, Krivine and Litton. He was also a member of the National Youth Orchestra of Spain and the Gustav Mahler Jugendorchester.  His debut album “Fantasia” and the recording of the Mozart Clarinet Concerto with the Scottish Chamber Orchestra were released by Linn Records to great critical acclaim. Martin has also recorded Messiaen’s Quartet for the End of Times with the Hebrides Ensemble for Linn Records. His newest recording, “Vibraciones del Alma”, was released last year, and has already achieved significant success.  Martin studied at the Royal College of Music inLondon where he held the prestigious Wilkins-Mackerras Scholarship, graduated with distinction and received the Frederick Thurston and Golden Jubilee Prizes. His teachers have included Joan Enric Lluna, Richard Hosford and Robert Hill. He was also appointed as a member of the London Conchord Ensemble, who released the album “St Petersburg for Orchid Classics” to enormous critical acclaim, including achieving the “CD of the Week” title in The Telegraph. Future pending releases include recordings with the Gian Carlo Menotti Trio for Champs Hill Records. 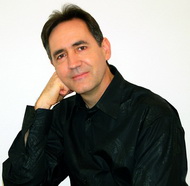 YVES SÉVÈRE (France) gained his music education studying at various French national music schools. In 1981, he graduated from „Ecole Normale de Musique“ in Paris.  He is also licenced as a musicology teacher.  He has been awarded a number of prizes, most notably the Ciffra Foundation Award (1984) and the Menuhin Foundation Award (1988).  He regularly performs with various chamber music ensembles, displaying a wide breadth of approach towards varying aspects of perfoming practice. With the Bourges Group for Experimental Music and Blanc-Mesnil Music Center, he has realized numerous projects focused on the performance of new music (G. Grisey, J.B. Mache, J.Y. Bosseur, J. Rimer…).  He regularly collaborates with the accordion player Max Bonnay, performing a repertoire that encompasses everything from the premier performances of various pieces (Hosokawa, Kyllonen) to adaptations of jazz and Argentinian music for clarinet and bandoneon.  Under the auspices of the Jeunesse Musicale de France, these two artists have given numerous concerts.  Another important aspect of his chamber music career is regular collaboration with the different string quartets, including „Castagneri“ String Quartet, „Danel“ String Quartet, „Debussy“ String Quartet and „Manfred“ String Quartet, and world renowned pianists such as  Alexandre Rabinovitch, Emil Naoumoff, and Tunde Hajdu.

The experience of playing in the Paris Opera over a period of six years has profoundly enriched him as an orchestra musician.  As a soloist, he has collaborated with a number of French ensembles, performing clarinet concertos by Molter, Mozart, Stamitz and Copland.  He regularly takes part in various music festivals in France, such as Perigord, Ile de France, Folles Journees des Nantes.  He has peformed in Germany, Hungary, China and Japan.  Since 1988, he has been active as a pedagogue, teaching at the „Conservatoire de Nantes“,  as well as giving master classes in China and France.  He serves regularly as an adjudicator at CNSM de Paris and CNSM de Lion exams.